Miracles I Have Witnessed! 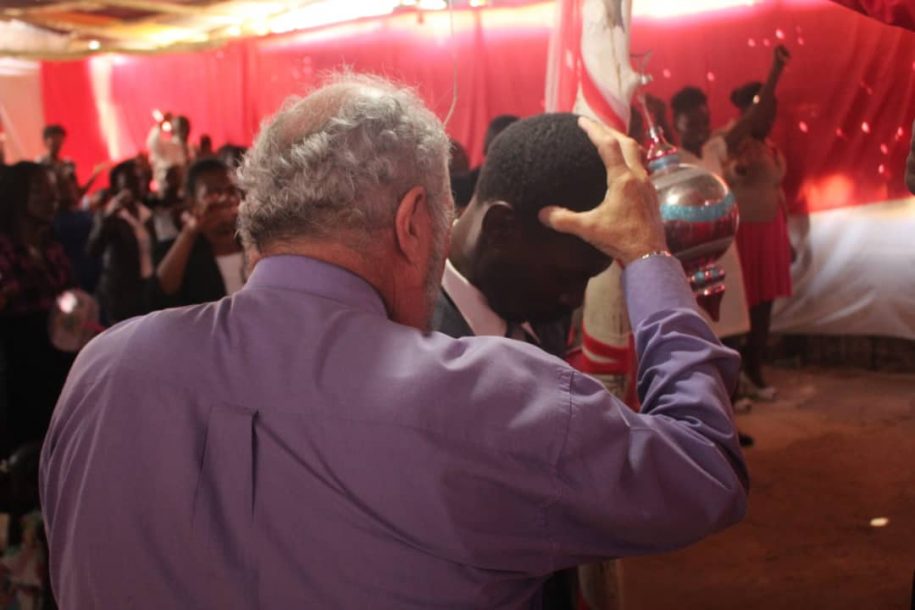 It says in the scripture, in Mark 11:23 “to have the faith of God”. What is the faith of God and how did I really first experience it. Romans 4:17 say “that even God, who gives life to the dead and calls those things that do not exist (in this material natural realm) as though they are already in existence (in this natural material realm).

I remember many years ago I was a part of a very large crusade. There were over 42,000 people there and I was with three other men in the healing tent. I was just learning about the healing ministry in Jesus. People would come all day and into the late of night for healing. On the second day, about three in the afternoon, a family brought in a woman in a wheel chair. She looked like she was in her 40’s. Her head was normal sized, her torso was normal sized but she had hands coming out of her shoulders and feet coming out of her hips. She was literally sitting on her feet. I learned that she was a thalidomide child. Thalidomide was drug they gave pregnant women in the 40’s which caused major birth defects. This woman had no arms and no legs. Just hands and feet.

The family brought her in seeking a miracle. We gathered around her and began to pray for her, mainly in the spirit. I was standing in front of her looking at her and suddenly I saw an arm inside her body going diagonal from the left shoulder to her lower right side. It was like I was seeing an x-ray of this arm inside her.

Taking her left hand, which was connected to her left shoulder, in the Name of Jesus, I immediately pulled an arm out of her body. The others did the same with her right hand and each foot. In twenty minutes, she was walking and pushing that wheel chair that she came in in.

How did that happen? Even God who gives life to the dead and calls those things that do not exist (in the natural realm) as if they actually are in existence. Her healing had already existed in the spirit in another realm in what the bible calls the heavenly. Her arm went from one realm into the material realm.

Wow! How exciting to see God work is this manner. This really started my healing ministry and my belief that “God Wants You Well”!

I would like to explain further now what had happened and will continue to happen. We need to understand that the spirit realm is many dimensions, many realms and we can access those realms through faith in what Jesus has already done.

When Jesus died, we died in Him and when He rose, we rose in Him. The Word says that we are seated with Him in Heavenly places. Where is that? It is realms of the Spirit. Jesus opened a portal for us into those realms. It says in 2 Peter 1:3, “that His divine power has given us all things for life and godliness, through the knowledge of Him who called us by glory and virtue”. Could this be the same in Matthew 14:13-21 when Jesus feeds the 5,000 from 5 loaves and 2 fish? The loaves and fishes were manifesting in this earthly realm out of an unseen heavenly realm! We need to remember as believers in Christ we are learning to operate as sons. We are called to live in and out of the heavenlies where there are many dimensions and realms!